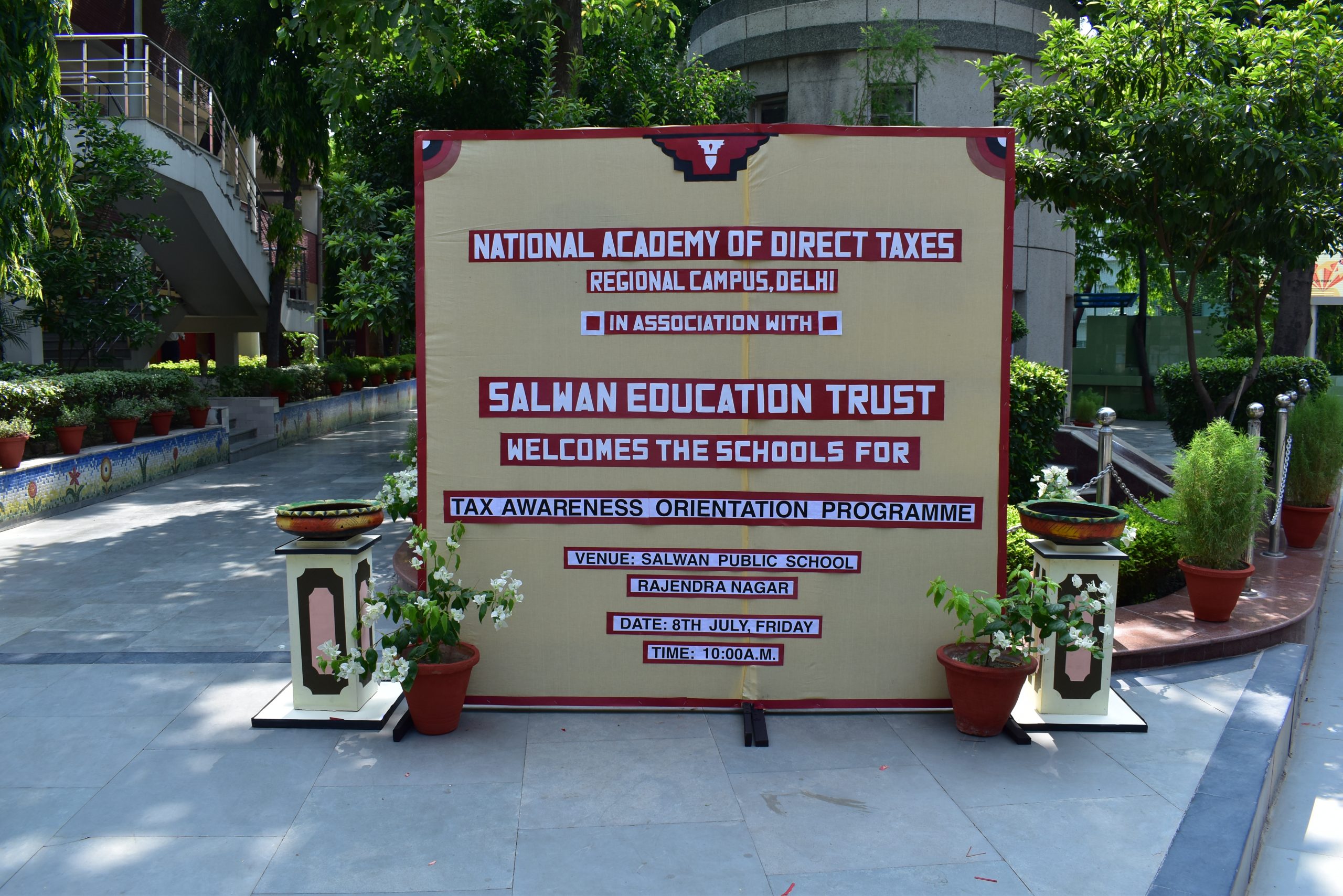 Shri Sushil Dutt Salwan, Chairman SET, welcomed the dignitaries and the teachers present there from all across Delhi and NCR. He emphasized on the importance of taxation and pledged Salwan Education Trust’s honest commitment to the nation. He also gave a profound message to the audience by saying that our children will be honest with the system only when we, the system, are honest with them.”

A short film was played to reinforce the importance and need to pay taxes. Subsequent to the film, the keynote speaker, Shri Madhukar Kumar addressed the gathering. He thanked the Trust for collaborating with the NADT and talked about the domain of knowledge and learning by reminding us of our scriptures- the Vedas and Upanishads.He explained that the taxes build the nation and are thus the backbone of a country. In the end, he asserted upon the need to inculcate confidence and enthusiasm of participation in children.

The vote of thanks was moved by Ms. Priyanka Barara, Principal, Salwan Public School, Rajendra Nagar. In her address she said that it is imperative that there is awareness and clarity in the youth so they can strengthen the country.