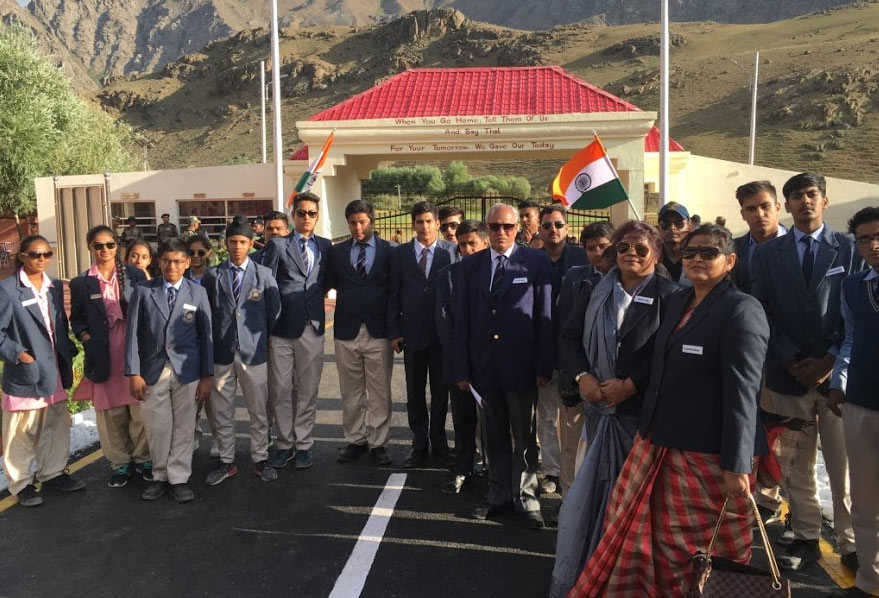 In accordance with the activities planned for the Platinum Jubilee year, a 36 strong contingent of students and faculty visited Kargil to pay respect and tribute to the nation’s heroes from 21st to 28th July 2016.They attended the memorial service on Vijay Diwas on 25th & 26th July 2016. The students visited Point 43, where they saw the Pakistan and Indian forces closely. They interacted with the soldiers and learnt about their difficult life, especially in winter when they have to live in the bunkers for four months. The students also gave bytes to AAJ TAK & DOORDARSHAN.

The students also had an opportunity of sightseeing the famous places at Leh. Each day was more exciting than the other. They visited Thiksey Monastery, Druk School, Shanti Stupa, Hall of Fame, Pather Sahib and the Magnetic Hill. The icing on the cake was visit to the Pangong Lake. Great learning took place at DRDO and SECMOL.

The students handled the harsh terrain and long road journeys bravely and courtesy the Army’s medical and administrative support, the trip was a memorable one.