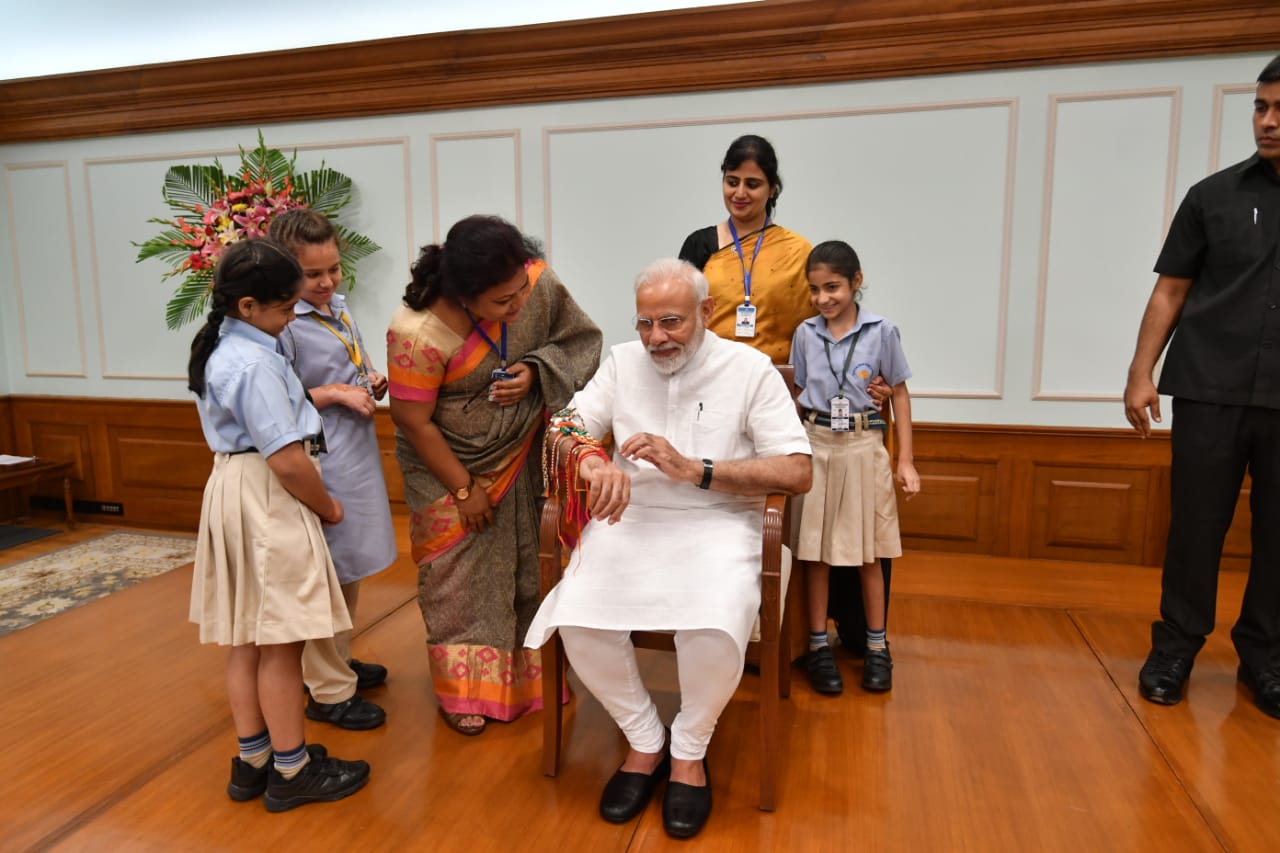 Students of GDSPS sent nearly 100 rakhis to army jawans in Siachen, Jaisalmer, Nathula and other border posts, on the occasion of Raksha Bandhan, as a mark of support to the jawans of the Indian armed forces. They wrote and posted letters, which included a rakhi and a message thanking them for their service. The rakhis were made by the girls of the school.

The students also had the opportunity to tie rakhi on the wrists of Hon’ble Prime Minister Sh. Narendra Modi, the Chief of the Army Staff General Bipin Rawat, PVSM, UYSM, AVSM, YSM, SM, VSM, AD, and the Chief of Naval Staff Admiral Karambir Singh, PVSM, AVSM. This was a mark of their love and respect for the armed forces and the nation.

The girls also tied rakhis to the members of the Management Committee of the school, which enabled them to strengthen their bond with the school.